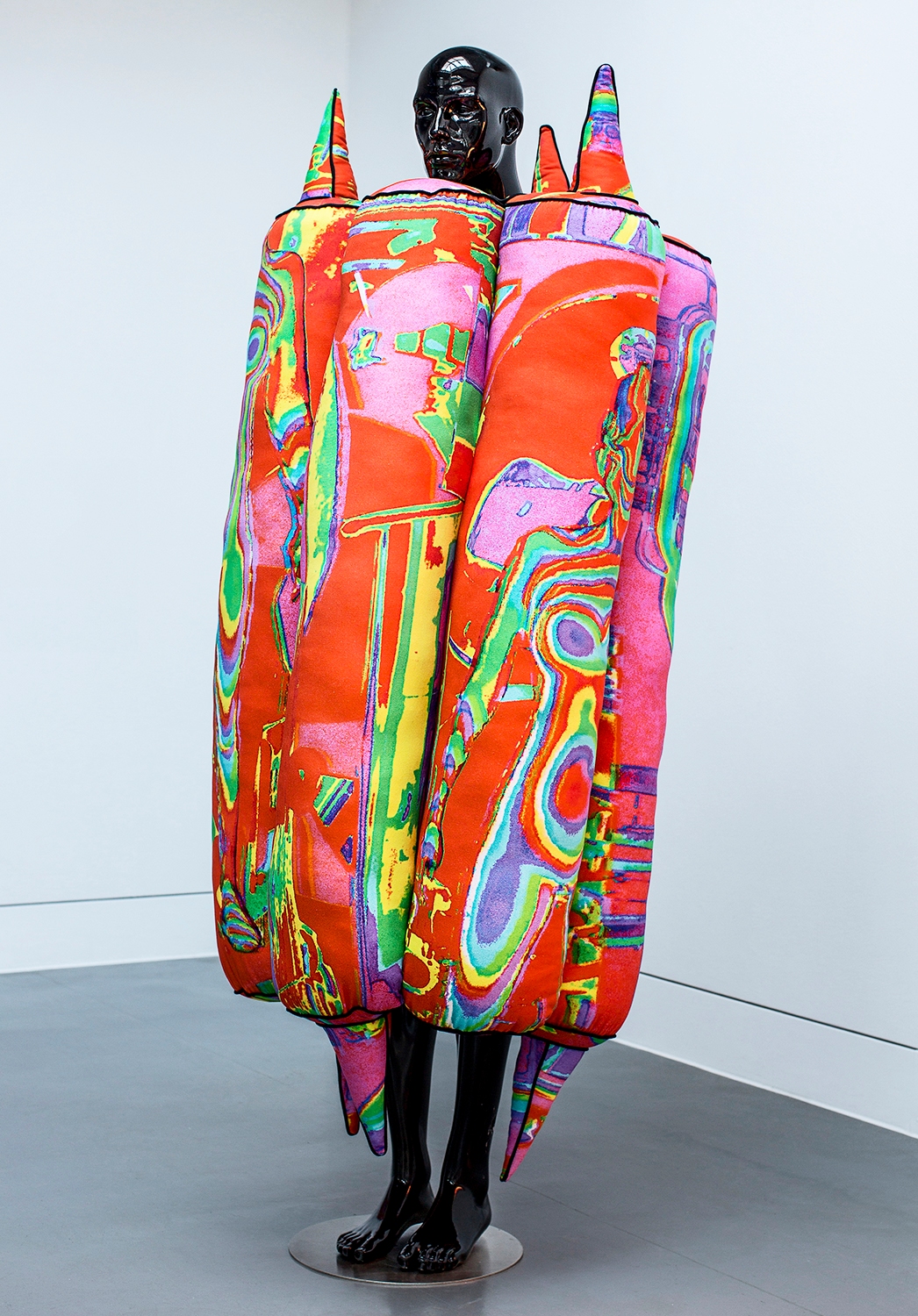 As part of the ‘Lace Effects 1’ exhibition at the Cite Internationale de la Dentelle et de la Mode in Calais we made a fabric wearable sculpture. The design on the digitally printed fabric was taken from a collage composed of an image of Evelyn taken by the museum body scanner and elements of the Leavers lace making machines. It was made into a 3D anaglyph viewable with 3D glasses. A cut-up poem made about the lace machines was transformed into a soundtrack to accompany a 3D lightbox image of the ‘Lace Trance’ collage.

The piece was shown later in 2014 at the ‘Digital Encounters’ exhibition at UCA Canterbury’s Herbert Read Gallery as part of an international show exploring the different ways digital technology has affected textile art and production.