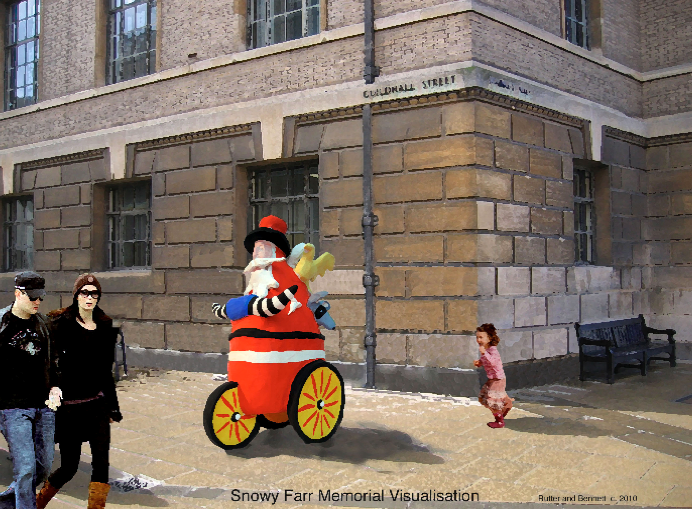 We were asked to make a proposal for a memorial to Snowy Farr MBE in Cambridge. He was a colourful and eccentric man who raised money for the blind. He would set up in the middle of town with his menagerie of cats, dogs, mice, rabbits and birds, some perched on his hat, others on his wonderfully decorated tricycle vehicles. The garden of his house in a village outside Cambridge was decorated with an ‘installation’ of dolls, toys and other ephemera.

We remember him fondly from when we lived in Cambridge.